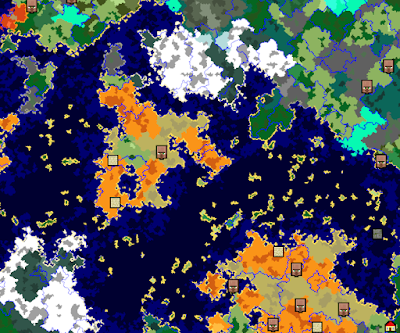 
Posted by David Winther at 2:52 PM No comments:

We have now set up a new survival world. This one is strictly survival so no cheating with gamemodes.

Here is a map of the world:

In the middle you can see the spawn, marked with a house. The villager symbols are villages and the stone are strongholds and temples.

Remeber the server rules from the other servers apply to this one also even if we don't have many plugins on this one. It is almost an vanilla server.

Posted by David Winther at 2:20 PM No comments: